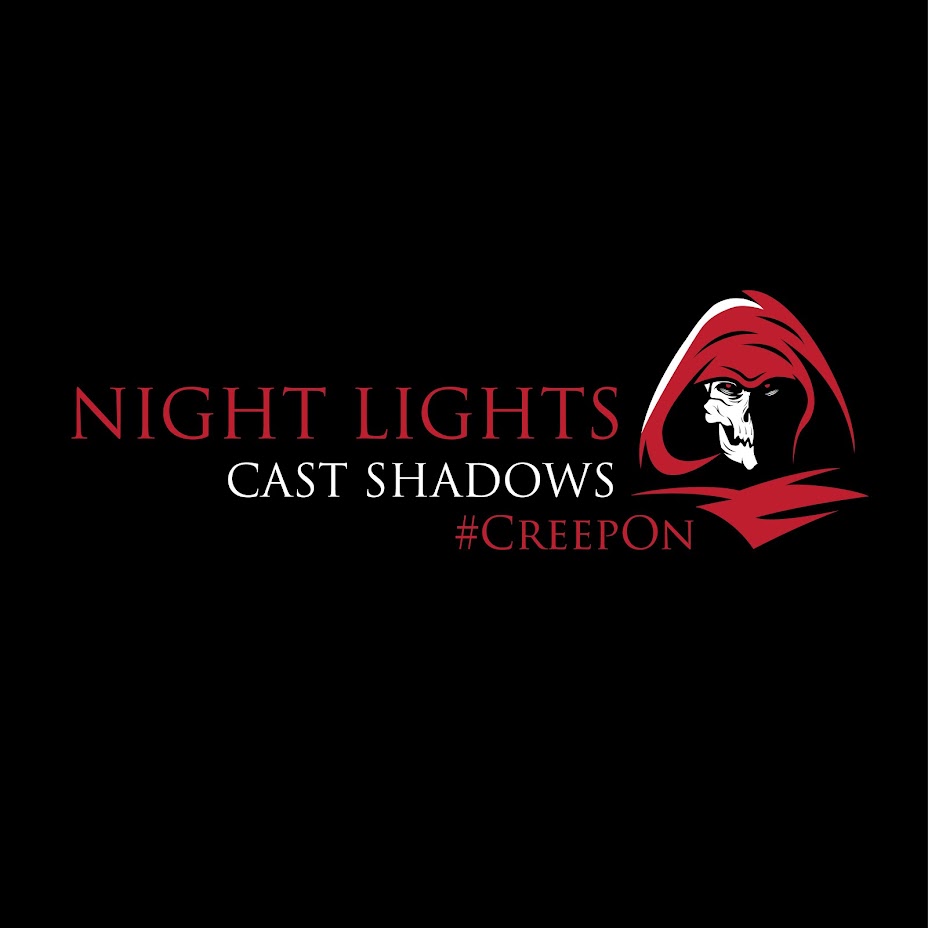 A whisper tickled my left ear.
I adjusted my pillow.

Another murmur resonated in my thoughts.  It was low and throaty and I could barely make out the words but I was damn sure it was part of my dream, part of my unconsciousness.

Hardly awake, I shifted the covers over my shoulder and basked in the warmth from the blanket.

I sighed heavily. A low grunt of my own wiggled in my throat.  Go away, I thought.

Burn.  I heard a voice growl louder.  The word echoing through the room like some club remix.

I opened my eyes.

A lady stared back at me.

She had the darkest brown eyes I'd never seen, like chocolate.
And hollow.
And empty.
And I could somehow see through them.

I maneuvered some sort of karate kick under the blankets - that went no where near the threatening figure - and mixed it with a barely audible scream.

I was definitely awake now.  The haze of some forgotten dream lingered faintly in my mind.  I blinked the film from my eyes.  The bedroom was dark with a slight haze of a streetlight that poured in through the crooked blind.  The hour was unknown, but I guesstimated I had to be lost in the darkness closer to dawn.

I shook the remnants of slumber from my head and was certain the lady was gone, just a leftover morsel of a bad meal.

But I could feel her somehow.  Knew she still lingered.

My eyes darted about the room as I grabbed for some sort of weapon on my nightstand.
Noisily, I clunked around it contents and ended up holding a bottle of eye drops.

Nice, I thought.  Then out loud, "Yeah, that will scare her."
I waved the tiny bottle of salt water ferociously as a blade.
"Get outta here," I called out.  "Just go."

She popped up from the corner of my bed.

I could see the lady clearly now, as she stood standing...
floating...
lingering...
near the corner of my bed.  And she seemed to mock my screams by tilting her head and forcing a confused facial expression.

I got a better look at her now.  She was easy to make out in the darkness, her body glowing brightly as if stuck under a black light.  Her skin radiated a bright white, with the bluest of veins and purple hues.
Her lips glistened the most perfect shade of pink; but were lined with black cracks and bloodied scabs.
A thick heap of silver hair matted her face and through it emerged a pinkish hue.

Her head was seeping blood.

I screamed again.  Then, I stared.  My mouth hung open, and I shivered from fear, waiting for some sort of death to come over me.  I questioned myself mentally, wondering why she just floated there, not attacking me like so many horror movies I had watched in the past.

I was petrified at the silence;
at the stillness of the scene;
at the anticipation.

I tried to push another scream through my open mouth - believe me I tried - but could not force one.
I had fallen just as silent.

Then, I heard it.

Burn.  Burn.  Burn with me.  She moaned through cracked lips that now dripped a blood to match that which fell from her hairline.

I gasped, certain I was having a nightmare; certain I only had to wake myself up.  So, I started shaking my head, violently.  I must have shook my head a dozen times.

But she was still there;
still bleeding out;
still wishing me to burn...

Then, I smelled it.

All that shaking must have jarred something loose and my senses came alive.
All of a sudden, I could hear the flicker.  My nose breathed in the smoke.

I threw the blankets off my body, slithered across the bed (away from whatever she was that was blocking the other side) and swung open the door.  I ran into the hallway.

Fire swooped across the ceiling, drinking the plaster as it danced.  It was making it's way from one end to the other, and I was in its path.

Why the hell isn't the smoke alarm ringing its lungs out?!?!

I spun around to confront my intruder.
The lady who surely started this inferno.
The one who wanted me dead.

But she wasn't there.

She was no where in the room.

I knew I didn't have time for this bullshit.
I ran to the window, flipped the lock, slid it open, popped the screen and shimmied out into the crisp night.

As my bare feet felt the cold, January ground, I spun around to see the severity of the situation.  It was a complete inferno that was consuming the house and it grabbed chunk after chunk of the place like a hungry orange monster at a buffet.

I silently thanked God that I lived alone and that I made it out; I cursed myself for not grabbing my cell phone; and I wondered if any of my books would survive?  Maybe just one of them?

But as I watched the flaming monster devour every square inch of my now former residence, I doubted anything would survive its fiery vengeance.

The building was crumbling now and near collapse.  I could hear sirens in the distance.
I saw a silhouette move past my bedroom window.  The lady slid the blind to one side and stared out at me ~ her skin still glowing, her head still leaking blood.  She almost seemed to smile.

Then, it hit me.
I gave her a nod.  A sort of thank you gesture.
A feeble attempt at some gratitude for waking me;
for scaring the shit out of me;
for getting me moving at such an hour.

Don't waste it.  I heard her creepy voice in the back of my mind.  And with that, she nodded back; folded her hands in prayer and stepped backwards, disappearing among the blaze. 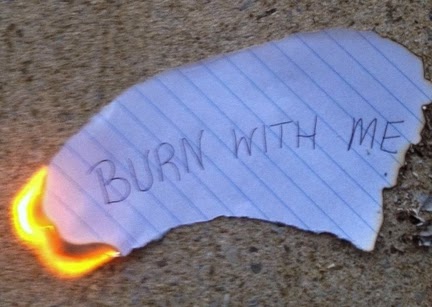 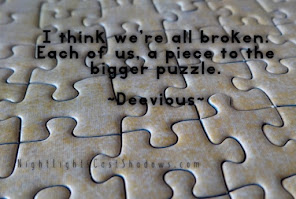 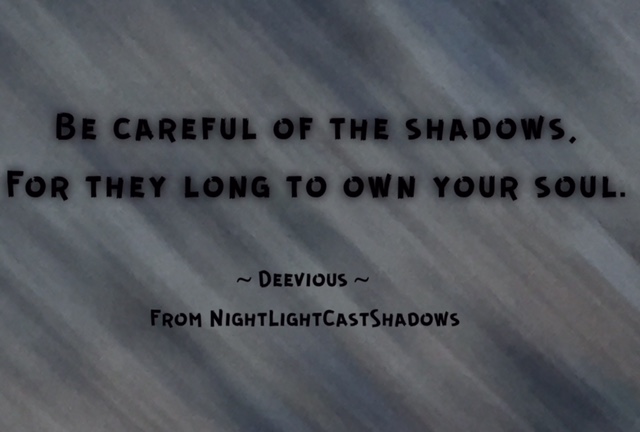